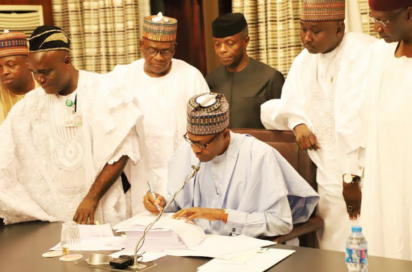 Prince Tony Momoh, a former Minister of Transport, on Tuesday said President Muhammadu Buhari will not interfere in choosing the leadership positions of the incoming National Assembly. Speaking in a chat with INDEPENDENT, Momoh, one of the national leaders of the ruling All Progressives Congress (APC) said it is unfair for anyone to try to decide for the legislative arm of government its leaders when by the constitution, they are an independent arm of government.

“President Buhari knows that the three arms of government have their operating manual and as such, he doesn’t want to interfere. People don’t really know that Buhari operates by the book. He knows that the constitution is a compilation of delegated powers.”

“He knows what his powers are and what the limits are. He doesn’t want to exceed the limits. A lot of people don’t believe that that should happen and that is why they are clamouring that he should decide who becomes the Senate President or the Speaker. As someone who believes in due process and rule of law, he will never do that.”