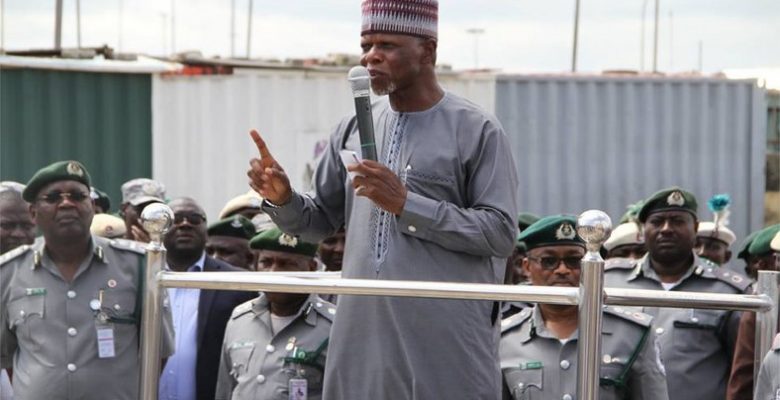 The federal Government has announced a total ban on the import and export of goods at the land borders nationwide in the ongoing joint border operation, tagged: “Exercise Swift Response”. The Daily Trust reports that the operation began on August 20, 2019, involving Customs and immigration with support from Army and other security agencies.

The joint border security is being coordinated by the Office of the National Security Adviser (ONSA) and covers the four geopolitical zones, including South-south, Southwest, North-central and the North-west. Briefing newsmen in Abuja on Monday, the Comptroller General of Customs (CGC), Col. Hameed Ali (Rtd) said: “The issue of movement of goods is not the same thing with movement of persons. “Let’s understand that all perishable items are on prohibition whether on export or import. Therefore, nobody can carry tomato to the border to import or export. So it makes it easier for us to close and ensure that all goods for now are banned from being exported or imported through our land borders. “That is to ensure that we have total control over what comes in and what we do. We are strategizing on how best the goods can be handled when we get to when this operation will relax,” he noted. Ali however, advised local dealers, who want to export or to import items, to use the seaports is the only access at present.

On when the operations, which is nearly two months will end, Ali said, “It is as long as it will take our neighbours to come to the table and agree to execute exactly what was agreed upon during former Olusegun Obasanjo’s time which is simple adherence to ECOWAS transit procedure. That has not happened.” In a response on how the operation is impinging on the fundamental rights of persons to movement, the Customs boss said, “When it comes to security, all other laws take a backseat. Nigeria must survive first then we can begin to consider your rights.”